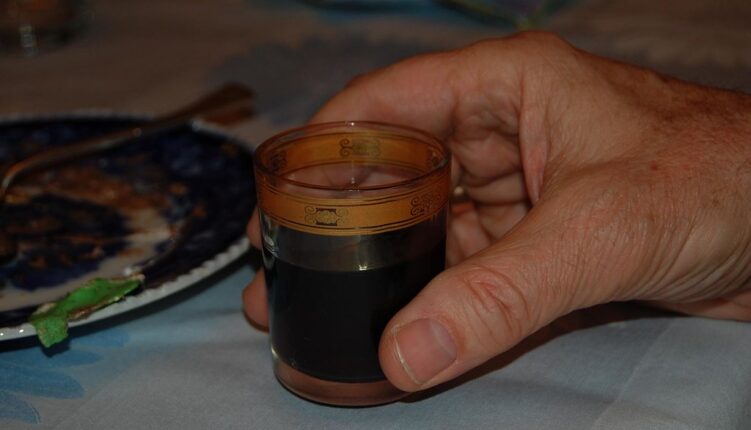 In Romania, as in many countries around the globe, there’s nothing that brings people together like traditional food and drink. Sharing a meal or a glass or two of something delicious has a way to make even the simplest times feel special and indulgent. The residents of Bucharest know this and take pride not only in their national cuisine, but in their beverages, too. We’ve chosen some traditional Romanian drinks that the locals love that you definitely should try the next time you’re in Bucharest.

Tuica, Romania’s national drink, is a strong brandy made from fermented plums. Traditionally, people drink it before a meal as an aperitif. Țuică is quite strong, so it is consumed in small amounts, around the size of a shot. However, it’s meant to be sipped slowly and not thrown back all at once. Interestingly, when Romanians want to give a toast, they will do so with a small glass of țuică in place of wine. Legend has it that this traditional Romanian drink was a favorite of Vlad the Impaler!

If you want to try something sweet, vișinată is for you. This sour cherry brandy goes back at least two thousand years, according to historians. However, it doesn’t have an official recipe since many Romanians prepare their own vișinată at home. The three main ingredients are sour cherries, sugar, and alcohol. Some Romanians will use țuică to ferment their vișinată, giving this drink an even fruitier taste with more depth. This drink, too, is meant to be sipped and enjoyed over time, so don’t drink it too quickly.

Very similar to vișinată is afinată, another sweet liqueur to sip on before your meal or with dessert. Instead of sour cherries, afinată features wild blueberries. This traditional Romanian drink is often made at home in small batches, but most restaurants and bars will have it also. Afinată is more typical of the mountain regions of Romania than Bucharest, but it is still readily available in the city.

Rachiu is a kind of țuică that swaps out the plums for pears, resulting in another sweet, strong liquor. As with țuică, rachiu can have anywhere between 23-80% alcohol depending on the fermentation process. Rachiu is best as an apertif before the meal, or after the meal to help you digest.

If you thought all of the above-mentioned traditional Romanian drinks were strong, watch out for palinca! This is țuică that has gone through a double-distillation process, which results in an even higher alcohol content. This variety is more common in northern Romania and Transylvania. In many towns across the country, people will welcome their guests with a small glass of palinca to show their hospitality.

Romania is the fifth-largest producer of wine in Europe, a tradition that the country prides itself on. Romanian wines date back 6000 years, so this is an art that Romanians have really perfected over the millennia. The most popular variety of red wine is Feteasca Neagra and the white counterpart is Feteasca Alba, both from the Moldova wine region.

See more: Eat Deliciously and on the Cheap with These 6 Bucharest Street Foods, A Quick Guide to the King Michael I (Herastrau Park) in Bucharest, Cool Off and Relax this Summer at Therme Bucuresti, The Top 5 Places to Eat the Best Ciorba in Bucharest, A Complete Guide to Visiting the Top 5 Markets in Bucharest

Make planning your trip to Bucharest easy and come stay with us at Olala Homes! Our comfy, cozy vacation rentals are the perfect place to call your home away from home!

4 thoughts on “6 Traditional Romanian Drinks to Order in Bucharest”

7 Best Cafes in Athens for Coffee Lovers of Any Kind