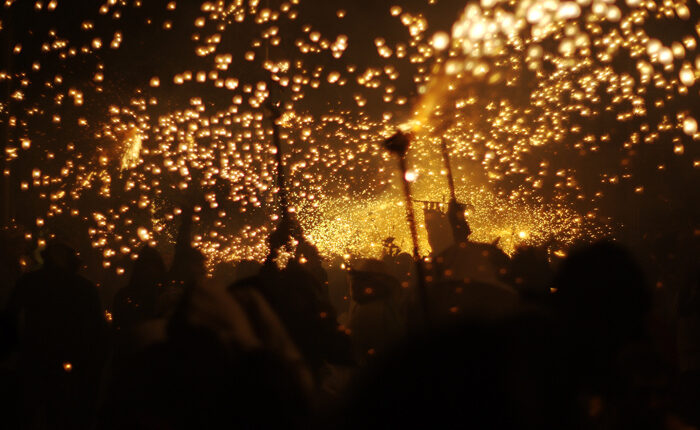 There’s no time like summertime in Barcelona! Festivals, events, markets, and so much more are packed into every weekend, so it’s absolutely impossible that you can get bored. Especially in August, as the temperatures start to heat up, so does the events calendar. Here are some of the summer festivals in Barcelona taking place all throughout the month to mark down on your calendar!

Música als Parcs is a free music festival that runs all summer long in various parks across Barcelona. With a wide variety of musical styles to choose from, like jazz and classical, to name a few, this is a great way to get some fresh air and enjoy Barcelona’s greenery. Concerts run from August 1st until August 30th, so consult the official program to find one at the park nearest you.

When and where: through the end of August, various locations

An excursion outside of Barcelona that is well worth it is the Festival Cap Roig, one of the best-known summer festivals in Barcelona. This music festival spans across July and August at the beautiful Cap Roig Castle in Calella de Palafrugell. This festival hosts international and Spanish and Catalan artists, bringing the whole world to the stage. Artists like Damien Rice, Joan Baez, and James Blunt will take the stage alongside Spanish-language stars like Pablo López, Juanes, and Maná. Check out the fesitval’s website for the full lineup and ticket info.

Cinephiles, this is the festival for you! At the CCCB in August you can catch an outdoor film on the patio at the Gandules outdoor film festival. This year’s theme is “Magic, Altered States, and the Occult,” so all 9 films selected coincide with the CCCB’s summer exhibit “Black Light.” Screenings take place every Wednesday and Thursday night from August 7th until August 23rd on the Pati de les Dones outside the CCCB. Entrance is free, so be sure to arrive early to get a seat!

The Festa Major de Gràcia is one of the most exciting and talked-about summer festivals in Barcelona. Residents of Gràcia prepare for months ahead of time as the neighborhood becomes a wonderland of decorated streets and imagination. Many of the streets have themes from pop culture, in addition to live music, correfoc, a Catalan tradition of running with fire and sparklers, and plenty of food and drink. Castellers build human towers reaching up towards the sky. The festival is free to enter and it’s definitely worth taking a look at the magic that transforms the streets for one week.

When and where: August 15th-21st, Gràcia district

Music takes over Barcelona every summer in the form of the San Miguel Mas i Mas Festival. The selection of music is varied enough so that there is something to please all tastes. Concerts take place in various venues across Barcelona, including the Palau de la Música Catalana and Plaça Reial. There’s a concert every day during the month of August at reasonable prices. Check out the program for locations and times.

When and where: the end of July through the beginning of September, various locations

Similar to the Festa Major de Gràcia, the Festa Major de Sants brings together all the best things about summer and Catalan traditions. Castellers build amazing human castles that will amaze you. Demons, dragons, and diables run through the streets, scattering sparks and flames in the thrilling correfocs. There are a plethora of activities for kids and families to enjoy, in addition to music and street parades. You don’t want to miss this summer festival in Barcelona!

When and where: August 18th-26th, Sants district

Festes de Sant Roc is the oldest celebration in Barcelona, dating all the way back to 1589! This is the neighborhood party of Barri Gòtic, the heart of Barcelona’s old city. Traditional Catalan dancers perform sardanes, accompanied by the unmistakable sound of Catalonia’s beloved music. Capgrossos, or giant heads and figures dance down the streets to wow and amaze onlookers. Be sure not to miss the correfoc and fireworks in front of the cathedral and the end of the celebration!

When and where: August 14th-18th, Barri Gòtic

The Top 10 Best Museums in Barcelona

Helpful Tips to Enjoy the Beaches in Barcelona this Summer

4 Useful Tips and Info for Digital Nomads in Barcelona

Heading to Barcelona this summer to discover its festivals and celebrations? Stay in comfort and style with Olala Homes!

The Ultimate List of Traditional Greek Dishes to Try in Athens

Barcelona Insider: 8 of the Best Places to Eat in Les Corts

8 Unique Local Products and Things to Buy in Bucharest