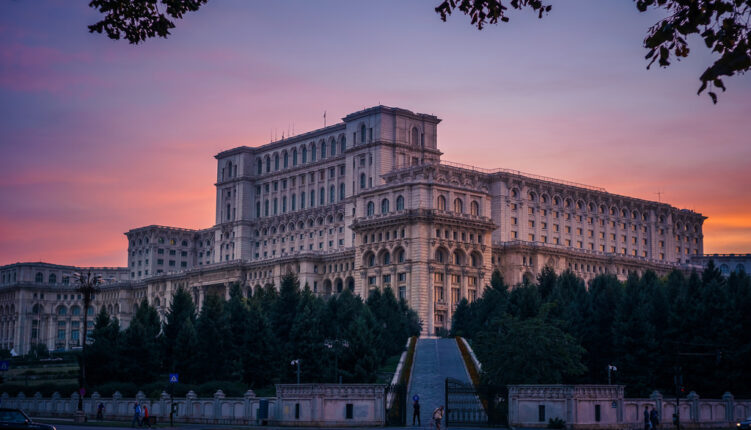 Bucharest, the Romanian capital, is becoming more and more seen as a tourist destination in Eastern Europe. Rich in history, culture and art, it is a distinguished city with so much to offer. Bucharest was first noted in the history books as far back as 1459, and since then has remained an epicenter of culture and prosperity in Romania. If you’re thinking about traveling to Bucharest soon, it’s always good to have a little background information. Here are six facts about Bucharest that you might find interesting and surprising!

In the time between WWI and WWII, Bucharest earned the nickname “Little Paris.” Its impressive architecture, art collections, and elegance drew notice, and the nickname stuck. Unfortunately, much of the city’s architecture has been damaged throughout the years due to war or politics, but some good examples remain. There is even a Romanian version of the Arc de Triomphe in Herastrau Park!

Calea Victoriei is one of the principal avenues in Bucharest, in addition to being its first. In 1692, the street was paved with wooden planks and became known as the Wood-Paved Road. The wood helped the road stay nice and dry during the wet, spring months, making travel easier. Centuries later, the road was eventually paved with cobblestone and then asphalt. It’s new name Calea Victoriei, came about in 1878, after Romania’s war for independence.

3. The Palace of the Parliament is huge!

One of the most interesting facts about Bucharest is that its Parliament building is enormous. It’s the largest administrative building in the world, in addition to being the heaviest, too! This building is estimated to weigh around 4,098,500,000 kilos and has a volume of 2,550,000 cubic meters. Valued at 3 billion euros, the Palace of the Parliament is also the most expensive administrative building in the world. In addition to hosting the Senate and other government bodies, it contains several museums, like the National Museum of Contemporary Art.

Another of the interesting facts about Bucharest is the city’s take on cuisine. Believe it or not, you might be harder-pressed to find Romanian cuisine in restaurants than any other kind. This is because locals prefer to eat Romanian food at home and enjoy other flavors when they go out to eat. You’ll find plenty of Italian, Chinese, and Turkish restaurants in Bucharest without problem. You can still get delicious Romanian cuisine, but it will be a little pricier and worth the search.

Strange as it sounds, Bucharest prides itself on its dental tourism. What is that, you ask? People travel to Bucharest from all over the world to seek out affordable, top-notch dental care. So if you’re in the market for some dental care and looking for an adventure, Bucharest could be your next travel destination!

Lastly, one of the most interesting facts about Bucharest is it is known for its vibrant nightlife. More than this, the locals love to look their best when they head out for the evening, showing off their best looks. Bucharest boasts many nightclubs, bars, and pubs to meet for a drink or dance the night away. To really fit in, make sure to trade your flip flops for dancing shoes!

See more: Visit the 4 Most Interesting Museums in Bucharest

Interested in traveling to Bucharest? Come stay with us at Olala Homes!