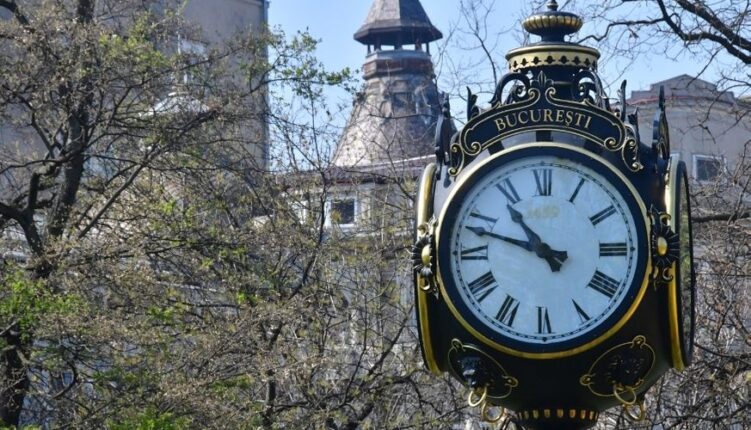 Romania is a country rich in great traditions handed down over the centuries and up to the present day. Most of these are reflected in the large number of festivals held in Bucharest, the capital. In fact, it is precisely for this reason that Bucharest is also called the city of festivals.

At the beginning of March, with spring’s blossoming, the Romanians celebrate the arrival of summer with a great festival with historical roots: the Mărțișor (literally “the little March”). This ancient holiday is among the most loved ones, and it has very ancient origins – dating back to 8000 years ago!

On this occasion, the streets of Bucharest are full of stalls selling good luck amulets, charms and jewels of all kinds with red and white threads (the colors of this holiday). Moreover, people also usually weave red and white threads into tree branches as a sign of good omen for harvests.

Many interesting events take place in Bucharest during the autumn. Above all, every year in September the Wine Festival takes place, when you can taste all the best Romanian wines.

The Wine Festival has always linked to ancient Romanian traditions that follow the period immediately after the harvest. During the Wine Festival, main winemakers of the wineries from all over the country will invite the participants to try their best selection at their stalls.

Nevertheless, even if you are not a wine enthusiast, there are exciting things for you as well – during this festival, markets and shops offer the possibility of buying local products at very competitive prices.

Known as the Romanian Valentine’s Day, Dragobete is the birthday of the patron saint of lovers in Romanian popular culture.

The celebration is on February 24th, which usually coincides with the end of winter and the arrival of spring. Therefore, some areas in Romania believe that Dragobete is also connected to rebirth and fertility.

In the past, women on this day would go to the woods to pick flowers with their beloved one, allowing them to steal a kiss before returning. Today, the common custom is that every woman, before the end of this day, touches a man to be happy in love for that year.

The Cucii festival (“The Cuckoos,”) is an ancient Romanian tradition celebrated by the whole country.

This colorful celebration precedes Lent and involves elaborate and festive costumes and masks. The main character is the Cuckoo, who wears a globe-shaped mask, adorned with magnificent paper flowers and colorful ribbons. All other participants are men who wear the women’s clothes of their loved ones. A belt tied at the waist and adorned with bells and a cane is added to the female outfit. These characters roam the city and touch passersby, guaranteeing them shelter from misfortune and disease for the year to come.

On June 24, with the summer solstice, the feast of Sânziene is celebrated which, according to tradition, favors prosperity in the midst of the summer.

In the folk belief, Sânzienele are benevolent fairies and the party was born to honor these mystical creatures. On this occasion, women dress in white and adorn their hair with wreaths of wild flowers and ears of corn. During the actual ritual on this night, women dressed as fairies dance around a bonfire, bringing beneficial influences on the participants. Popular belief has it that during this night, the skies open and magnificent things can happen to anyone who believes in it.

Are you you in love with Bucharest traditions and festivals? Count on Olala Homes as the prefect place to call home!