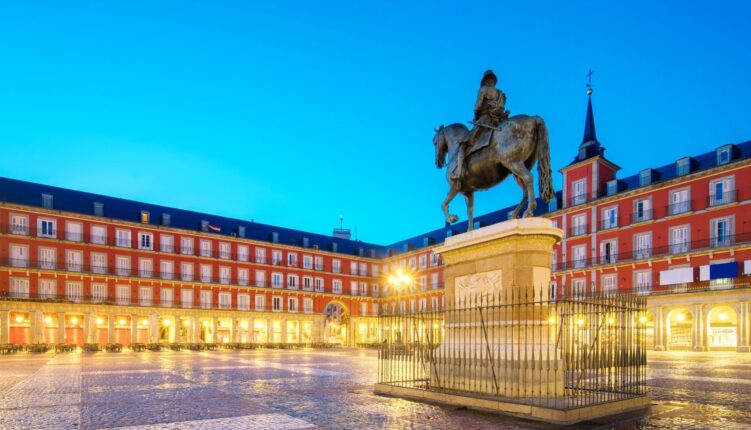 Spain is the birthplace of renowned architects, such as Gaudí, Calatrava, Vilanueva and many more. Their names are well-known all over the world, and their works adorn not only Spain, but also other countries in Europe. Madrid, the charming capital, is the center of Spanish life and the country’s main metropolis. Therefore, it’s also the center of architectural beauty.

Keep reading to discover the 5 curious facts you didn’t know about Madrid architecture!

1. The architectural styles trace back the city’s history

When walking around Madrid, you will immediately notice the incredible variety of architectural styles that this fascinating city offers. In fact, the capital is dotted with buildings from different historical periods. Each one represents the eras and domination the capital has experienced over the centuries. For example, you can find Medieval Islamic, Romanesque, Gothic, Renaissance, Baroque, contemporary among the various architectural styles!

The Real Monasterio de la Encarnación was built in 1611 for the cloistered nuns of Queen Margarita, wife of Philip III. The architects who carried out this majestic work were Juan Gómez de Mora and Fra Alberto de la Madre de Dios. After that, this architecture became a model of what came to be known as the Madrilenian Baroque style. In addition, the convent is also known for the fact that it houses the relic of Saint Pantaleone.

Belonging to an influential and wealthy Aragonese family of merchants after whom it is named, Casa de los Lujanes is the oldest building in Madrid. It dates back to the 15th century and was built in the Mudejar style, with a brick and masonry façade.

During the 16th century, the tower of the building complex was used to imprison the French King Francis I. Currently, the building is home to the Royal Academy of Moral and Political Sciences and the Royal Economic Society of Madrilenian Friends of the Country. Unfortunately, it is not currently open to the public, so you can only admire the structure from the outside.

4. Torre Cristal is the tallest building in the country!

Torre Cristal (English: Glass Tower), was designed by Cesar Pelli and built by Dragados. Completed in 2008, this 249-meter high skyscraper is located in the Cuatro Torres Business Area (CTBA) in Madrid. After it was built, it surpassed the neighbor and previous tallest building, Torre Cepsa, and became the tallest building in Spain, the third tallest building in Europe. Really remarkable!

5. The iconic Santiago Bernabéu Stadium is older than you might think

Despite its modern and contemporary appearance, Santiago Bernabéu Stadium, home of the much-loved Real Madrid team, is older than it looks. In fact, its construction began shortly before the end of World War II, in 1944. The architects in charge of the design and construction were Manuel Muñoz Monasterio and Luis Alemany Soler. They completed the work and inaugurated the stadium in 1947.

However, today’s structure is very different from the original. Actually, the stadium has been renovated and extended several times over the decades, reaching its current capacity of 81,000 seats.

A €525-million renovation began in 2019. The capacity will remain unchanged, but the height will be increased by ten meters and a roof will be added. Moreover, naming rights are expected to be sold to the renovated stadium sponsor.

Are you planning your next trip to Madrid? Then count on Olala Homes as your top choice in accommodation!